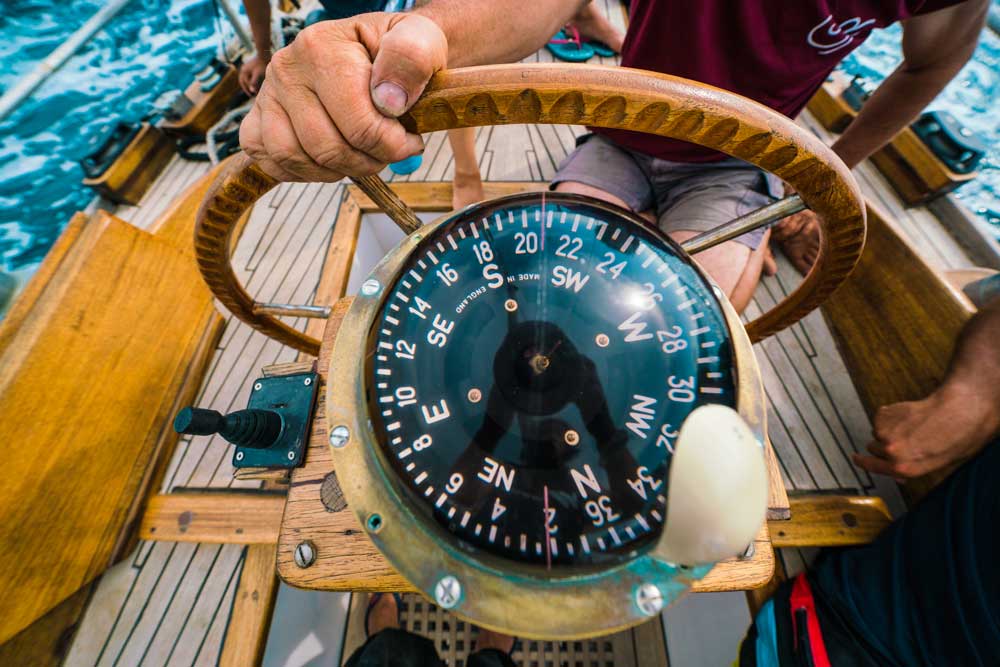 Clear communication is critical when traveling at sea, especially if you need to send emergency VHF messages under poor sound quality conditions or in places where different languages are spoken.

When using the Latin alphabet, it is easy to confuse different letters that sound similar.

The phonetic alphabet, widely used in radiotelephonic communications, replaces the letters of the English alphabet with specific words, in order to avoid spelling mistakes. In particular, the first letter of the code word is the letter the word stands for. That is,

The numbers are written as we already know them in English, ie 1 one, 2 two etc, but the pronunciation of the digits 3,4,5 and 9 differs from standard English. For example 9 has an extra syllable to keep it distinct from German nein, meaning “no”:

So if we’d like to pronounce the name of Darinka 2 according the phonetic alphabet we would say: Delta Alpha Romeo India November Kilo Alpha Two, making a short pause from one word to the other.

The code words consisting the phonetic alphabet were chosen after thousands of comprehension tests involving the 31 ICAO member countries, so that they could be pronounced and understood by those who exchange voice messages, regardless of language differences or the quality of the communication channel.

You could practice with your name as it is written in your passport, the name of the boat you are traveling in, your email and enjoy being initiated into the world of air and sea travelers!